Bermuda is another world. Nestling just 700 miles off the coast of America, it’s not quite Caribbean but it really is totally tropical. 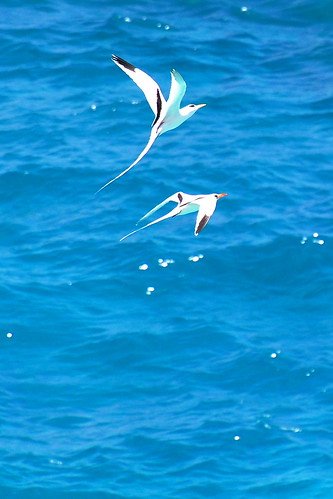 But visiting Bermuda is no normal beach holiday. 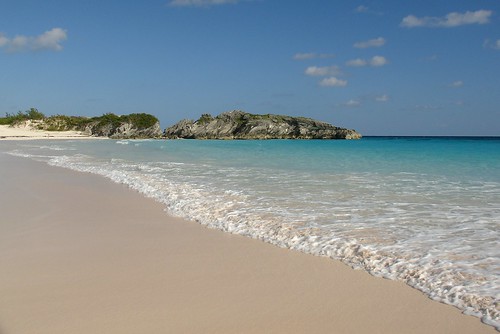 Just last month, it was named the best island in the world to visit in 2015 by America’s leading active lifestyle publication, Outside.

That’s because Bermuda offers as much for the traveling adventurer as it does for the dedicated sun worshipper.

Just getting there requires a leap of faith. Who hasn’t heard of the Bermuda Triangle and its mysterious power to cause ships and planes to disappear into thin air?

But once you’ve arrived safe and sound, there’s no end of activities to satisfy even the most energetic of tourists.

Bermuda’s coastline is surrounded by fantastic coral reefs. Diving into the water is like swimming in your own personal aquarium. You’ll get up close and personal with a kaleidoscope of colourful tropical fish, vibrant corals and marine plants and even the odd sea turtle.

Beautiful as it is, the reef has caught out many a passing ship in its time and Bermuda’s coastline is rich with wrecks to explore.

The Mary Celeste (crct) is one of the island’s most recent discoveries. As a Civil War blockade runner, the ship was loaded with smuggled contraband bound for the American South when she hit rocks off Bermuda and sank.

She lay undiscovered at the bottom of the sea for 150 years until a storm revealed her bow section. Maritime historians found a rich seam of treasure including unopened bottles of wine and perfume.

If scuba diving is not your thing, you can still enjoy the underwater wonders Bermuda has to offer. Try snorkeling off shore or helmet diving in shallow waters – you won’t even get your face wet.

Head out from Bermuda’s protected shoreline into deep water and enjoy a morning of extreme fishing.

Marlin, tuna and wahoo are all in abundance off Bermuda’s coast and catching them is the ultimate adrenaline rush.

There are dozens of charters that will take you out and some of the best will even fillet your catch dockside for an ultra fresh seafood lunch.

Jordan Spieth ripped up the golfing record books when he became the second youngest person to win the Masters in Augusta earlier this month. At just 21, the odds were against him earning his first major title, although he is now well fancied as second-favourite in the running for the next major golfing competition – the US Open – after the outing.

His career will take him to some of the finest golf courses across the world in America, Scotland, Spain and Portugal.

But, surprisingly, he could do worse than take a swing in Bermuda.

With nine courses dotted about the tiny island, Bermuda boasts the highest concentration of golf play per square mile than anywhere else in the world.

Port Royal is the island’s finest course boasting 18 championship holes, played over 6,842 yards – each one of them impeccably maintained.

It’s one of the world’s best public golf courses thanks to near perfect playing conditions and sweeping views across the sea and, up until this year, it hosted the prestigious PGA Grand Slam of Golf.

It’s most famous hole is the 16th where the tee and the green are separated by a vast ravine across the Atlantic Ocean. If you lose your ball here, it’s gone for good.

A small island surrounded by the sea? Of course watersports are going to be its lifeblood. 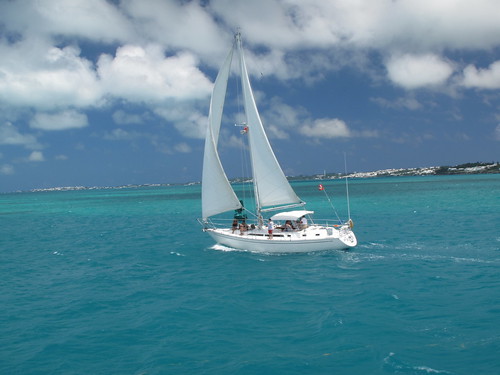 You can kayak around the mangroves, hire a motor boat and find a secluded cove to drop anchor or get your kicks from parasailing above the waves.

But Bermuda offers over and above your average day out on the water.

Paddle boarding is a fast growing attraction. You simply stand upright on a surf-type board and paddle through the shallows, getting a birds-eye view of what lies beneath.

This year, local entrepreneurs are introducing a new activity – hydrobiking. Think pimped up pedalo. The contraption consists of a conventional-style bike attached to a pair of ten foot catamaran floats enabling you to glide through the water as you pedal.

Finally, there’s flyboarding. This is like having a water jet pack attached to your feet. The power of the water propels you up to 35 feet into the air and it’s possibly the closest you’ll get to becoming a human rocket.

Looking to do something none of your friends from the Upper East Side have done? —> #Flyboarding in #Bermuda pic.twitter.com/3VuxWnwZx6

One hundred and twenty feet underground lies Bermuda’s most precious hidden gem. Crystal Caves are a spectacular natural wonder that have topped the island’s most visited list for years.

But it’s the crystal clear lake that’s make these caves truly awesome. As you walk across a floating bridge you can peer down as far as 50 feet to see the fantastic rock formations below. Yet, so clear is the water, you feel as though you could just reach in below the surface to touch them.

The caves were discovered in 1907 by two cricket-playing teenagers who lost their ball down a hole, which subsequently proved to be the entrance to a hidden world beyond more beautiful than their wildest dreams.

Bermuda is home to many endemic species including the fragrant Bermuda Cedar, a lively lizard called the Bermuda Skink and the Bermuda Buckeye Butterfly.

But it is the Bermuda Cahow that is the island’s biggest wildlife conservation success.

The nocturnal seabird’s screeching cry scared off early settlers who believed the island to be possessed. It’s Bermuda’s national emblem and, for 330 years was believed to be extinct.

In 1951, eighteen nesting pairs were discovered and a massive conservation operation was launched.

Cahows, and many other of the island’s special wildlife, make their home on NonSuch Island, one of a chain of 181 islands that make up Bermuda. Latest figures estimate there are now around 205 birds in existence making the species the second most endangered seabird in the world.

This 14 acre plot is immensely important and public access is limited, but there are plenty of other places to experience Bermuda’s unique wildlife.

Bermuda will be the host of the America’s Cup in 2017.

If you can’t wait until then, you can be part of the qualifying action when the America’s Cup World Series comes to the island this October.

Bermuda’s association with international sailing events is historic. It’s the finishing port for the Newport-Bermuda race, which celebrates its 50th run next year, and for the Bermuda Gold Cup, which dates back to 1937.

But the addition of the America’s Cup to its sailing repertoire is a feather in its captain’s cap.

America will be the nation to beat as it defends the trophy it won in 2013 on San Francisco Bay.

Subscribe to our spam-free e-mail newsletter to receive updates from the Girls Guide To The World.

The weather is beginning to heat up and so are all the activities on offer in Dunsborough! Whether you are here to wind down and relax with a loved one or looking for an active escape, Dunsborough is definitely one of the PLACES TO BE as spring warms into summer. In this blog we will […]